Stasinopoulos – A unique opportunity to change the development model

The important contribution of the processing companies, small and large, in the increase of the exports and in the strengthening of the national income with a high sense of environmental and social responsibility, stressed Mr. Mich. Stasinopoulos, President of the civil non-profit company “Hellenic Production – Council of Industries for Development”, speaking today at the meeting of the Panhellenic Exporters Association on “Exports: Power of Growth and Perspective for Greece”.

Mr. Stasinopoulos pointed out that the historical changes taking place in the international productive environment and the important European resources that will flow into the country in the near future create a unique opportunity to change the growth model, by strengthening the sustainable productive economy, research, technology, innovation and of course extroversion.

He also referred to the need for a “new dynamic strategy for the future” compatible with the great currents of the time and in particular the “historic transition to an economy that respects the planet and future generations”, in line with the requirements of the European Green Agreement and the the Union’s climate objectives.

“The European Green Agreement is much more than a plan for the transition from fossil fuels to RES, it is a plan for a comprehensive and radical economic transformation, with the spearhead of industry, small and large. “Because industry, with the strong involvement of technology, produces innovation and is considered the locomotive of the transition to the new economy and a key pillar of Europe’s international competitiveness,” he said, noting that “not only large European economies but also countries comparable to us are strong incentives to transform their industry by mobilizing significant Community and national resources “. 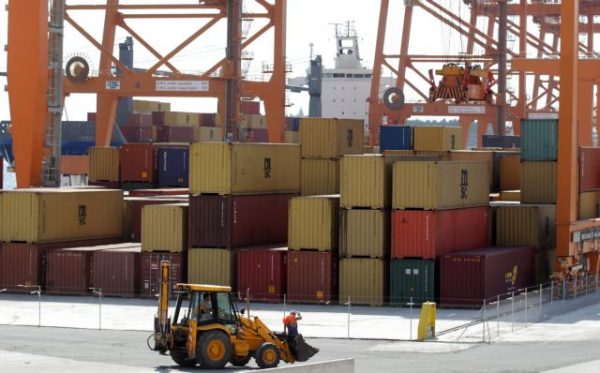 Extroversion in the development planning of the country

Mr. Stasinopoulos said that the process of transformation of the economy gives us the opportunity to improve our position on the international financial chessboard, emphasizing that for this “extroversion is required, not only from companies, but more broadly in the development planning of our country.” The President of Hellenic Production referred in detail to the positive export performance of the country in the first 9 months of 2021 but also to the national growth dynamics, pointing out that “it is important to remain committed to the goal of upgrading our economy, avoiding past mistakes that we paid dearly for.”

He also spoke about the risks to the competitiveness of companies from the rise in international prices of raw materials, transport costs and especially energy costs: “Especially in terms of energy costs, the current situation is unprecedented,” he said, explaining that “the domestic manufacturing industry and especially the mid ranked industry is disproportionately burdened by the current energy crisis, due to high dependence on VAT, but also because similar European companies are covered at the same time with bilateral contracts at stable competitive prices, which are not yet applied in Greece. In our case, the production costs are skyrocketing, resulting in risks of production reduction or even suspension of some companies. These problems must be addressed urgently, considering similar measures adopted by other European countries.”

Mr. Stasinopoulos stressed that the question is the real and sustainable convergence of the Greek with the average European income and therefore “requires a more balanced and more sustainable development model”, but also adaptability when abrupt and violent changes occur such as the pandemic. the crisis in the supply chains and the energy crisis we are experiencing.

Referring to the growing share of manufacturing in GDP, he said that we need to improve our performance where we lag behind, such as productive investment, productivity, innovation and of course extroversion and exports, spearheaded internationally traded goods.

The President of Hellenic Production reiterated that there are many export processing companies that adapt and transform, contribute to extroversion and enhance national income. “These show the potential of industry, large and small, to grow and offer even more, as long as the risks to its competitiveness and to operate in a business environment, modern, stable, fair and transparent, comparable to that of our partners in the European Union “, he concluded.