After the Russian invasion, there was a decline in the demand for flights from Britain

According to the report on arrivals and revenue for the month of January, published by the Bank of Greece, the year started off well in terms of tourism in Greece.

On the other hand, according to a report by the Office of Economic and Commercial Affairs of the Greek Embassy in Madrid, there has been a decrease in interest in flights to our country after the Russian invasion of Ukraine. This, however, does not affect the positive predictions for Greek tourism for the year. 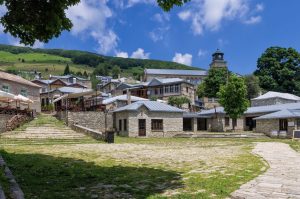 The Office of Economic and Commercial Affairs of the Greek Embassy in Madrid used data by Mabrian, a travel intelligence platform for the tourism industry. In their survey, they looked at flight searches from the United Kingdom 13 days before and after the Russian invasion of Ukraine for Spain, Portugal, Greece and Turkey. In the first period examined, that is 13 days before the invasion, the searches increased by 13.2% and 12.7% for Portugal and Spain respectively, and for Turkey and Greece there was a decrease of 10.45% and 8.15%. After the invasion, the flight searches dropped by 40% for all four destinations. However, for both Spain and Portugal, only 6 days were enough for the searches to rise again, while in the 13 days after the invasion, neither Turkey nor Greece have overcome the impact of the war in Ukraine in terms of flight searches.

The Russian invasion of the Ukraine does not appear, at least for now, to have affected travel traffic, at least in terms of searching and bookings in Spain, but another impact of the war has been the rise in power costs, that affects the sector significantly. According to the chairman of the Spanish Confederation of Hotels and Tourist Accommodations (Cehat), Jorge Marichel, efforts will be made for this rise to not be reflected in the sector prices, since Turkey, one of the main competitors for European tourism, is expected to lower its prices to attract more tourists, since, before the war, the main tourist influx was Russia.

According to the Madrid office, due to the war, Catalonia is creating a plan to substitute the Russian tourists by focusing on the United Kingdom market (that amounted to 30% of reservations in 2019), on France (17%), Ireland (7.5%), Belgium (3.9%), Germany (3.7%) and Holland (3.5%). We must however note that Russian tourism in the country was limited any way, even before the pandemic, with Catalonia attracting the largest numbers of Russian tourists (from the 1.2 million tourists that visited Spain in 2019, 800.000 travelled to Catalonia).
Source : travel.gr
Previous
Next